A mother : “Twelve years ago, we welcomed two children of a deceased cousin…” 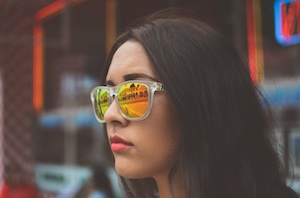 “Twelve years ago, we welcomed two children of a deceased cousin. After his baccalaureate, the 18-year-old boy left the house without giving any news. We were very very worried.
I asked the prayer through the association “Pray for our Teens” because I believe in this invisible solidarity. I described the situation to someone who prayed for us. It has been a great support. I felt that we were not alone and in Faith, I knew that it would open a way between heaven and earth, since the boy’s mother is already in heaven. Several exchanges of letters took place. And after a few weeks, we found him and were reunited. An exceptional moment carried by this humble prayer. I give thanks.
Sometimes difficulties with a child are too hard to bare. It was my case. This experience of “communion in the invisible” will remain a highlight. I encourage parents who feel helpless facing the choices their children made to entrust their intention to a person who chooses to carry the young person in prayer. “
Next Meeting
Testimonies